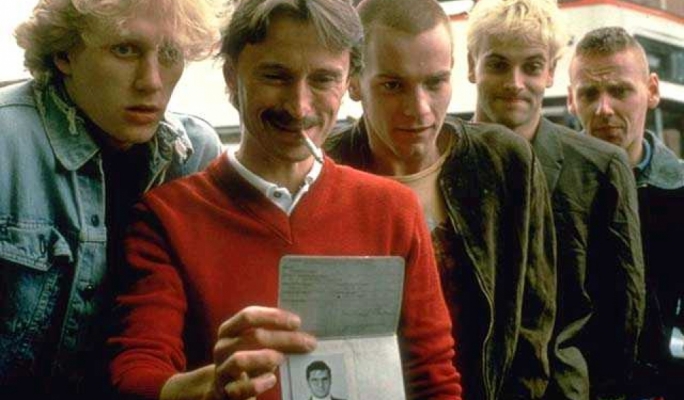 Upon its release in 1996, Trainspotting became a true cult classic, enjoying the kind of success that can’t be planned. A movie can be a hit or not, but the level of popularity that Trainspotting still has is organic – the deep embrace of a movie that speaks to people on multiple levels. Trainspotting is a movie about heroin addicts living in Edinburgh, a pretty niche subset of humanity, but it’s also a story of love, hope, and friendship that appeals to something in all of us. The script, based on Irvine Welsh’s novel of the same name, doesn’t shy away from showing addiction in all its awful desperation, and the young cast delivered performances that perfectly expressed both the freedoms and restraints that addiction brings.

Talk of a sequel was in circulation for some time after, but it seemed unlikely to ever come to fruition. Rumors began again in 2002, fueled by the release of Welsh’s follow up novel, Porno, which is set ten years after the events of Trainspotting. Still, nothing came of it, but there was a hole left that only a sequel could fill, though. What became of Renton (Ewan McGregor) once he stole £16,000 from his best friends and ran away? What happened to Spud (Ewen Bremner), whom Renton rewarded with a £4K share? Did Begbie (Robert Carlyle) stay in prison, and was Sick Boy (Jonny Lee Miller) still wheeling and dealing?

Once again, it is the actors that really make T2 what it is; the depth of knowledge and love they have for these characters is clear, as is the years of acting experience they have gained in the meantime. T2 doesn’t capture the same youthful vibrancy that Trainspotting did, and that is a good thing. T2 is poignant, realistic, and a very welcome return to a franchise that has grown up with its fans. It forces us to confront our own mortality, our failed hopes and dreams, and our realistic expectations for the future.

As its creator, Welsh has decided to expand upon the Trainspotting universe still further, writing two more books with the same characters. The first of these, Skagboys, was published in 2012, and is a prequel to Trainspotting, following the lives of Renton and Sick Boy as they move from being young guys getting a buzz from drugs, to full-blown heroin addiction. The novel is made up in part of material that never made it into Trainspotting, and the reception to Skagboys was favourable.

Since the advent of T2, Welsh has spoken of his desire to see both books played out on screen; either as movies or as TV series on streaming channels such as Netflix. “Basically, I’ve plans for them all,” he said in a recent interview, adding that, “As soon as you’ve written it, you’re thinking about how it can move into different mediums.”

In fact, it looks as though plans might already be moving ahead for The Blade Artist to be made into a movie, if Carlyle is to be believed. Praising the script of T2, the actor said he was glad that Begbie had been given a chance to show more than just rage, adding:

“Maybe that sets up another film in fact because Irvine Welsh has written The Blade Artist. We’ve been talking about that; I am up for doing it. So maybe we ain’t seen the end of Begbie just yet.”

While the thought of seeing any or all of these characters on our screens once again is an appealing one, it also begs the question of whether a continuation is really necessary. With the ending of T2, there is a sense that we’ve closed a chapter on their lives now, and for Begbie in particular, it feels as though there isn’t any more story to be told – and any story that might be told could undermine the sense of completion. Without giving away the ending, it would be unrealistic for Begbie to head to California for a new life.

There’s no denying that Carlyle plays Begbie superbly. He is hilarious in his rage and, as Carlyle said himself, we do learn in T2 that he is capable of a broader range of emotions. For that reason, it would be sorely tempting to see The Blade Artist on screen, but what is Begbie without Renton, Spud and Sick Boy? A well-rounded, well-thought out literary character capable of making the transition to screen, or nothing more than a caricature, a comedic embodiment of extreme violence and a useful plot device to tell an otherwise abhorrent story?

Though Welsh’s novel is good enough, and John Hodge has adapted two of his works with incredible success, a Begbie-only movie is unlikely to make much of an impact beyond the most devoted Trainspotting fans, which would mean Hodge would have to alter the story completely, and be reliant on the involvement and willingness of McGregor, Bremner, Miller and Carlyle to all reprise their roles. The T2 plotline is realistic and easily identifiable for the target audience, who are all now broadly approaching their 40s. The Blade Artist’s plotline is not relatable in the same way.

For Skagboys, the question of whether a TV or movie adaptation would work, comes down to one very simple question; would anyone want to watch the Trainspotting characters being played by anyone else? Given the age range, it would be impossible for the current cast to appear, and given that it was these actors who made Trainspotting so iconic, sadly it doesn’t seem likely that Skagboys would find anywhere near the same level of success if it were to be made. The obvious choice would be a TV series; allowing Welsh’s long novel to be adapted faithfully, but in all honesty, there would always be something lacking which only McGregor and co. can bring.

It’s easy to be nostalgic about any franchise, particularly one that first forms when you’re on the cusp of adulthood. For many of those who go to watch T2, it’ll be wonderful to reminisce with the characters on screen about how free and easy it all was back then, and it’ll also be good to note that they’re facing the same issues as all of us are now; money, love, friendship and family issues that all have the power to make our lives great or miserable, depending on the choices we make. But at some point, we have to face our own realities, as do Welsh’s characters, and in this case, it’s easy to get nostalgia and need confused. Examine the two separately, though, and the most likely conclusion is that there is no real reason for ‘Skagboys’ or ‘The Blade Artist’ to find their way to the screen, be it big or small.

It’s time to bid a fond farewell to Renton, Spud, Sick Boy and Begbie, and look to the future; time to let them leave on a high (literally), and for us to choose life.